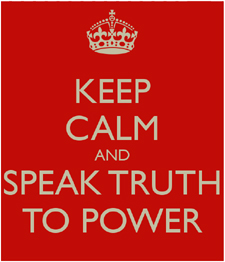 Thank you so much for giving me the opportunity to speak to you today.

I’m absolutely delighted to be here in the North of England.  Welcome to “things Boris Johnson has never said’.

First of all, I have a small confession to make.

Over the years I have made quite a few speeches about diversity in the media.

And believe me, it’s been a slog. In the early days, the BBC’s idea of diversity was to hire some blonde bloke who’d been to Oxford instead of Cambridge.

And so when I was first asked to give a speech, I thought it would be easy.

I’d start off by telling you how dire the situation is :

That only 13.6% of working TV directors are women

Only 2.3% of UK television is made by BAME directors

And only 0.3% of people working the film industry are disabled.

What does that mean? That a show was directed by a black guy’s left kneecap?

And then I’d round it all of with something inspirational and then end with a joke.

Like: Walt Disney once said “All our dreams can come true, if we have the courage to pursue them.”

Imagine how much courage it must have taken Donald Duck to go out every single day without pants.

But I’m not gonna do that today.

Seven years ago I promised myself I would never do that. I promised I would always try and speak my truth when I talked about racism or diversity or my experience in the television industry.

And I want to share a truth with you all today about talking about diversity in the media industry.

WHY DIVERSITY IS IMPORTANT

Doing the kind of speech I outlined earlier, quoting a few figures, saying that diversity is a good thing and everybody should be nice to one another - is easy.

Hand on heart, I want the media industry specifically and Britain in general to change. I want us to become a more diverse and inclusive society

I focus on diversity in the media for two reasons

First, it’s an industry I actually know about, and second – I think it’s important for democracy and whether we can all live in peace with one another.

What we see on the news determines what politicians talk about and actually do anything about .

There is not a single major news progamme - from BBC Breakfast news, The Today programme , Panorama , Dispatches - that is headed by a person of colour or a visibly disabled person. That is going to affect which stories they decide to pick and how they cover them.

And it is not just news that’s important – Drama affects us on an emotional level. It enables us to walk in the shoes of another person and understand their reality in a way factual programmes do not.

If we want to understand our diverse neighbours , if we want to be a society at peace with itself and not trying to scapegoat  one part of society or another, I believe drama is the best way to do that.

So we need true diversity in drama.

We need disabled people telling their stories so we can understand the world from their perspective.

We need women to have equal access to direct their own films so we can literally see the world through their eyes.

And I want BAME people to be able to create drama and comedy so you can all feel our joy and pain.

So why does talking about diversity sometimes make me scared?

Because as long as I just stop the speech at this point – everyone is happy. But if I want real change I have to speak truth to power.

I have to identify what powerful people are doing wrong.

And then offer solutions that many of them might not want to hear.

And after I’ve done all of that – I’ve got to knock on their door and say
“Hi, it’s Lenny here – that guy that was saying all that stuff? Can I have another job now?”

It is scary for all of us to speak uncomfortable truth to our bosses, but for people from diverse backgrounds: women, disabled people, BAME people  it is particularly difficult.

Study after study  has shown that women and people of colour pay a heavy price for promoting diversity .

A group of researchers studied 300 executives both male and female. They found that when men promoted diversity they received slightly higher performance ratings . They were perceived as ‘good guys’ creating a better workplace. However when female executives promoted diversity , they were perceived as nepotistic - trying to ‘advantage their own group’ and their own performance was then rated negatively.

In another study, two years ago, they found ‘women and non-white executives who advocated for diversity were rated much worse by their bosses’

I don’t want to bring you down with science but I have one more study for you, that might be even more depressing than the first two.

This study found that non-white people who had previously demonstrated a tendency to advocate for diversity  are less likely to be promoted or get a new job. In this study, the researchers sent out CVs  to prospective employers and found that  CV’s that included experiences related to their ethnicity were more likely to be passed over for jobs – even at companies that had publicly stated that they valued diversity .

That is why talking about diversity is scary.

Just look at what happened to Naga Munchetty just now – for those of you who don’t know the story – because you’ve been living under a rock or in a cave or have BT Broadband - let me give you a little background.

On Wednesday 25th of September , the BBC’s executive complaints unit , officially found that BBC Breakfast’s presenter of colour Naga Munchetty had breached the corporations guidelines by offering a personal opinion of President Donald Trump’s comment that 4 congresswomen of colour who are American Citizens should ‘Go Back ‘ to the places from which they came ‘

Naga said the tweet was racist . This is true.

Naga said, “every time I have been told as a woman of colour to go back to where I came from , that was embedded in racism. This is true.

And when asked  how it made her feel she said “Furious. Absolutely furious and I can imagine lots of people in this country will be feeling absolutely furious a man in that position thinks its ok to skirt the lines by using language like that.” Again that is  true.

For speaking her truth as a woman of colour ,the BBC’s complaint unit found she had broken their editorial guidelines.

Now, I do know this: a woman of colour calling a racist tweet racist and telling the world how she has experienced racism should be applauded not chastised.

Fortunately the BBC has now seen the error of its ways and reversed their ruling as of Monday - a good start in resolving the crisis - but all the same, let’s give Naga, and every journalist of colour who has stood up to racism a round of applause.

But we still live in scary times when it comes to diversity, inclusion, representation. There’s a long way to go.

Because – I gave speech at Cambridge recently and I smelt complacency in the room. I sensed an element of , “ Yawn: haven’t we  been here before?” and
“Surely we solved diversity in the TV and Film industry last  year? More Champagne Tarquin’’

That frightened me to death - to reiterate: representation behind the scenes, behind the camera in our industry, indeed in many industries has not been solved.

WE ARE OUR BEST ALLIES

I’ve never spoken about this before.

But I know if I find it scary, there must be millions of other people out there who feel the same way. People, not just in TV and Film but on campuses, in schools, in office buildings and factories all over the country – issues of representation and identity affect us all.

Now as far as I know I don’t have any TV execs in the audience today who I’m trying to persuade to implement new policies. But every time I speak I do want to create change..

First of all we need allies.

If you’re a white woman, support your black co-worker when they are advocating policies to combat ethnicity pay gaps.

Ladies and Gentleman – human beings – however you identify. We must all take a stand if we want a more diverse society

Because fighting for a more inclusive, diverse better society is scary and we must support each other.

We’re all activists now - and together – we can make a better world.