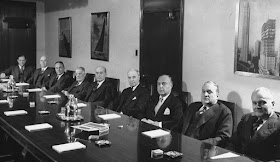 Twenty six years ago I learnt that white able-bodied heterosexual men are important to increasing diversity in the media.

Back in 1993 I was a junior researcher at the consumer magazine programme Watchdog.

Apart from me, a black secretary and one extremely talented Asian producer there were no people of colour in a very large team. So the series instituted a trainee researcher scheme targeting BAME diversity. Three trainees were appointed; two Asian women and a black woman.

As far as I could tell the three trainees were all good at their jobs and well liked.

Then one morning a photocopied article from a newspaper (I think it was the Daily Mail) met everyone on their desks. It was over twenty five years ago so I do not remember the exact wording but the article was about the three trainees, how it was an example of BBC’s “political correctness gone mad” and how the editor in charge had personally pocketed an extra bonus for employing these three BAME women.

The effects of the article, photocopying it and placing it on everyone’s desk were devastating.

The three trainees went from being viewed as hotshots on a highly selective targeted scheme to being mere tick boxes that helped pay for the editor’s new kitchen refurbishment.

It rocked the trainees’ confidence and was terrible for the morale of the whole team. And most importantly after the article the trainee scheme was quietly ditched.

The article had been placed on everyone’s desk by a white able-bodied middle-class male heterosexual male reporter. The very type of person who thought they had nothing to gain by these types of diversity trainee schemes and nothing to lose by sabotaging them.

That one experience 27 years ago has shaped my views on how broadcasters should approach diversity.

It is easy to say that when it comes to diversity senior management should just ignore the concerns of white men. The argument is white men have benefited from the current system for so long that if they don’t like a few attempts to redress the balance they can “just lump it”.

As much as I have sympathy with this line of reasoning, as a person with management experience the idea of possibly losing the support of the majority of your workforce, (white men often make up over 50% of any production), as you try to make systematic changes is just not feasible.

That means that even if enlightened senior management want to increase diversity they are going to struggle. We all know that most company cultures are such that if 75% of your workforce is against a policy there is little chance of it succeeding. Employees may not place photocopied articles of the Daily Mail on everyone’s desk but there’s more than one way to sink a good idea.
So what should senior management do, to not only counter possible resistance to such diversity schemes but even get the majority of their workforce enthusiastic about such policies?

The simple answer is to find a way for everyone to feel they have a vested interest in the diversity initiatives succeeding. I know, easier said than done. But it is possible.

For example, if I were to redesign the Watchdog trainee scheme today I would expand the number of trainees from three to six and reserve three of the trainee positions for people of colour. The end result would be the same (three BAME people getting training opportunities) but importantly if the white reporter tried to sabotage the scheme he would also be destroying the career opportunities of other white people - something he would be far less likely to do.

I see this failure to treat diversity initiatives as part of a larger holistic approach, and therefore vulnerable to attack, all the time. Attempts to increase diversity cannot be “add-ons” to existing working practices but must be baked into working practices and the success of a company as a whole, so no one would want them to fail.

Let’s take another example, the call for ring-fenced funds for BAME productions by Sir Lenny Henry and others. This is the idea that broadcasters should set money aside for programmes made by productions meeting certain diversity criteria, in the same way money is set aside for productions who meet certain “out of London” criteria.

The problem is that ring-fencing BAME productions is often discussed in isolation and therefore vulnerable to charges of “reverse racism” and the very types of attacks that derailed the Watchdog trainee scheme. However if you take a holistic approach it can actually be viewed as part of regional diversity.

Let me explain how.

Right now broadcasters ring-fence money for the Nations and Regions - the amount the BBC ring-fences for the English regions is intrinsically tied into how much it ring-fences for Scotland, Wales and Northern Ireland. It is viewed holistically and means Scottish productions support the idea of ring-fenced funds for Wales and vice versa.

For diversity ring-fencing, broadcasters could also think holistically and instead of just ring-fencing money for the Nations and Regions could ring-fence money for the "Nations, Regions and Communities" (a term used in the BBC Charter) with "communities" encompassing disability, BAME, and maybe even women.

This way everything would be tied together and white men in Northern Ireland would champion diversity funds just as much as they champion Welsh ring-fencing.

Whether we like it or not white able-bodied heterosexual men are important for the success of any attempts to increase diversity in the media.

Weaving diversity schemes and initiatives into the very systems which everyone has a vested interest in seeing succeed, regardless of race, gender, disability, sexual orientation or class, is the only way to ensure everyone will try their best to make them succeed.

We shouldn’t just aim to stop white men, who might think diversity has nothing to do with them, from sabotaging diversity schemes. Done correctly those very same white men may even become diversity’s biggest supporters.